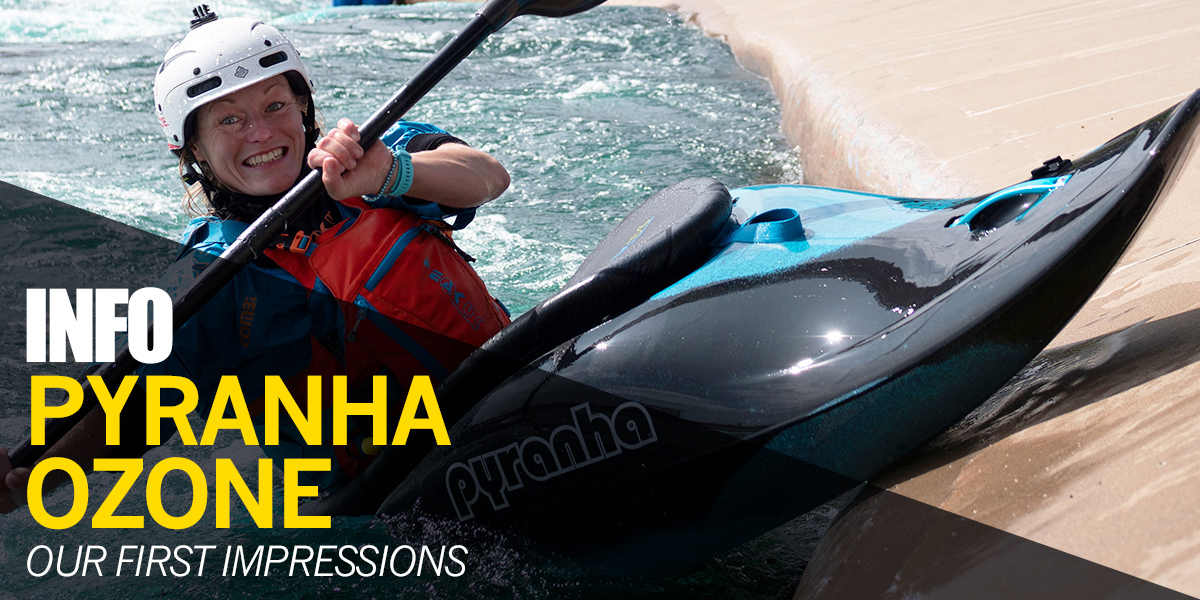 The expansion of the river play range from Pyranha aims to build on their success with the Ripper series.  In some ways this 9ft hybrid created its own category, blending a high volume and rockered bow with low volume stern.  It would be difficult to give you a direct comparison with a classic model simply because the amount of rocker is unprecedented, providing dry lines and effortless control.  The Ripper’s planing hull makes it a rocket on the wave, while retaining a loose feel and overall maneuverability.  It is a model you could happily use as a one boat quiver. 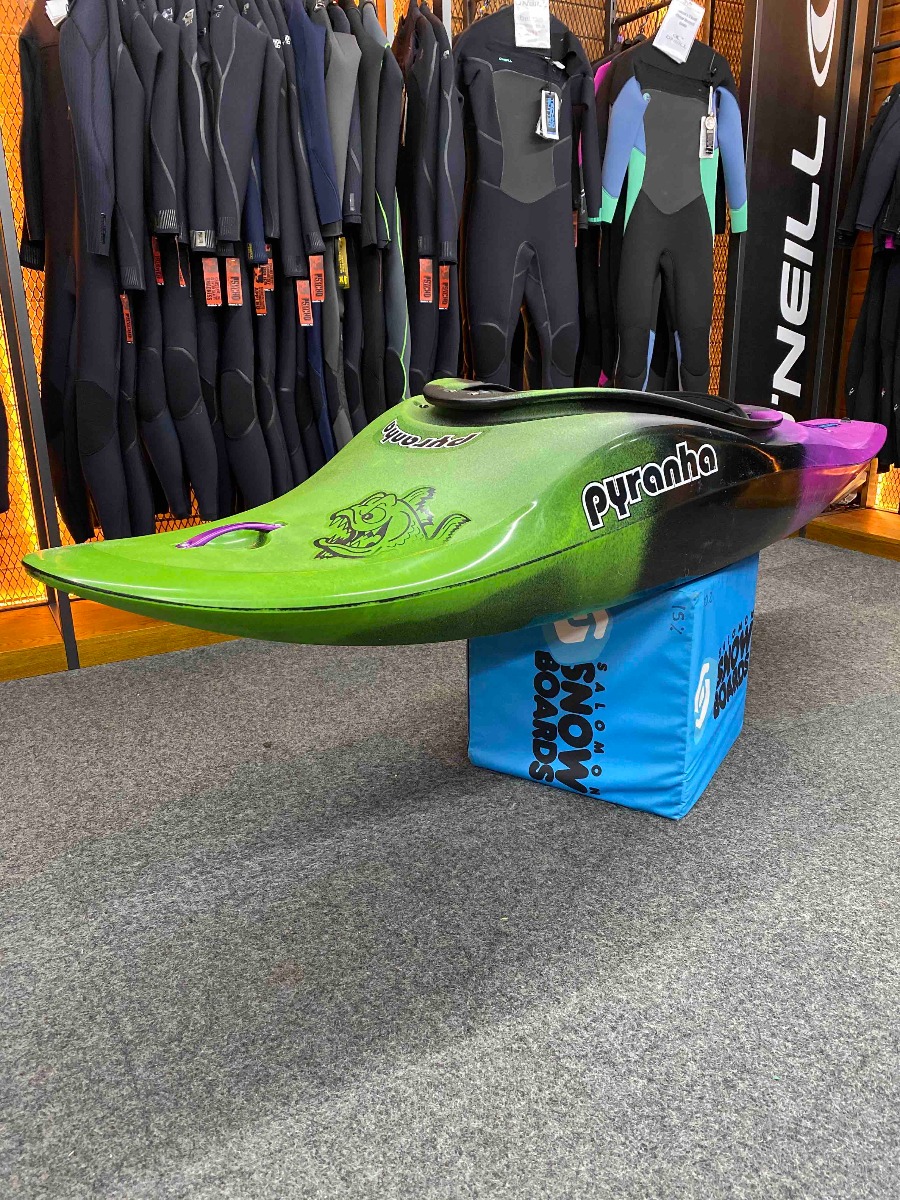 Looking objectively, Runcorns latest export, called the Ozone, should be the difficult second album following their chart topping Ripper.   There are simply more boats of this style and Pyranha themselves have an epic tradition of 8ft (ish) models.  Take the test – how many Pyranha river play models can you name? Answers at the bottom of this blog. 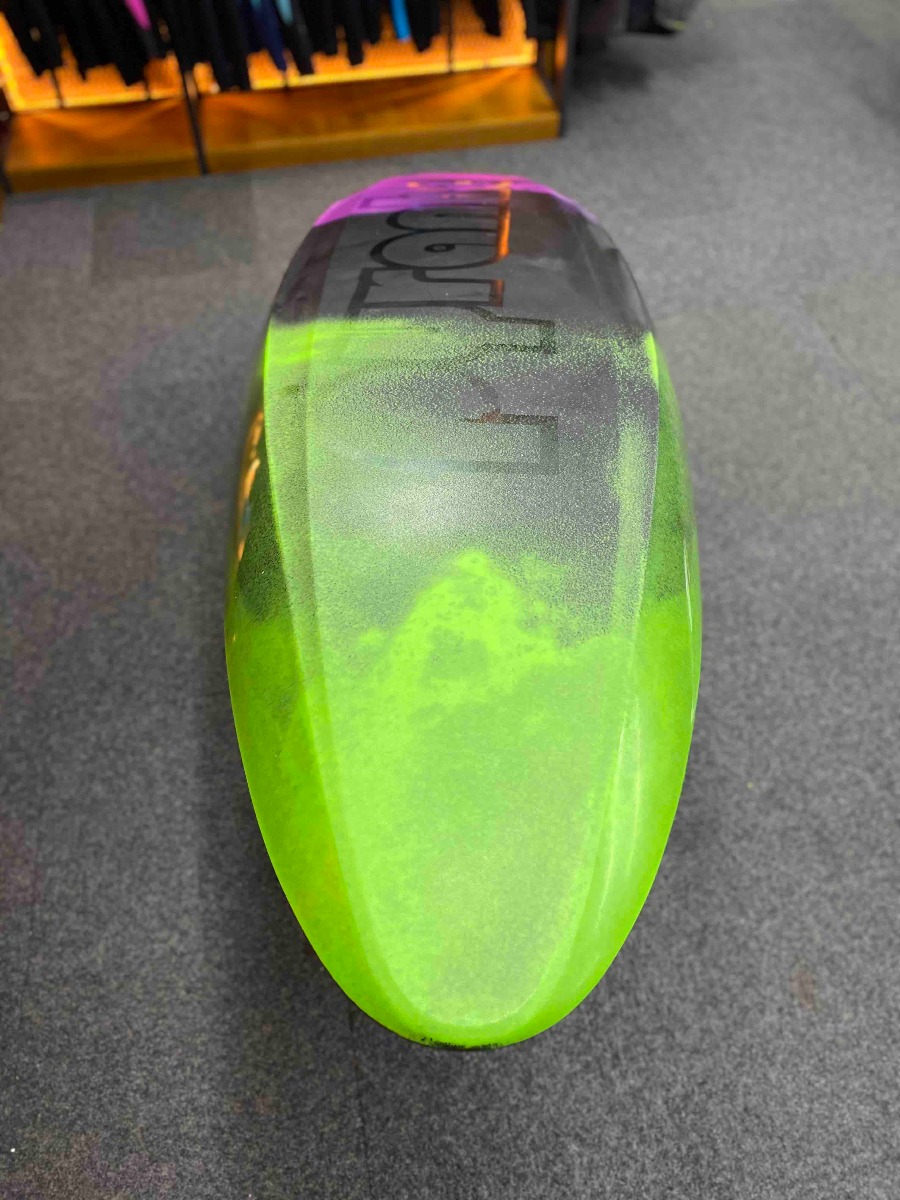 However, while there are some epic boats in the Pyranha historical locker, to compare models from the nineties and early noughties with those released today would be a massive disservice to the guys and girls putting hundreds of hours into design. This isn’t only in relation to shell shaping but also production techniques and outfitting.  The latter was one factor that tempted me out of the RPM and into a Ripper, being more comfortable and adjustable as well as safer given the solid step out pillar.  That rocker profile might have come into play too!

Pyranha have worked hard to ensure that the paddler is well connected and the current Stout 2 system is a sweet spot in their history.  It might not allow tool free adjustment but is simple to configure and gives a solid connection to the boat within ten minutes of removing the plastic packaging.  The outfitting process is something we take very seriously in store and would always prefer to spend time with customers to ensure they can jump straight on the water in comfort and control.  We’ll cover Stout 2 more specifically in another blog as I’m certain you’d rather hear about the boat than its seat! 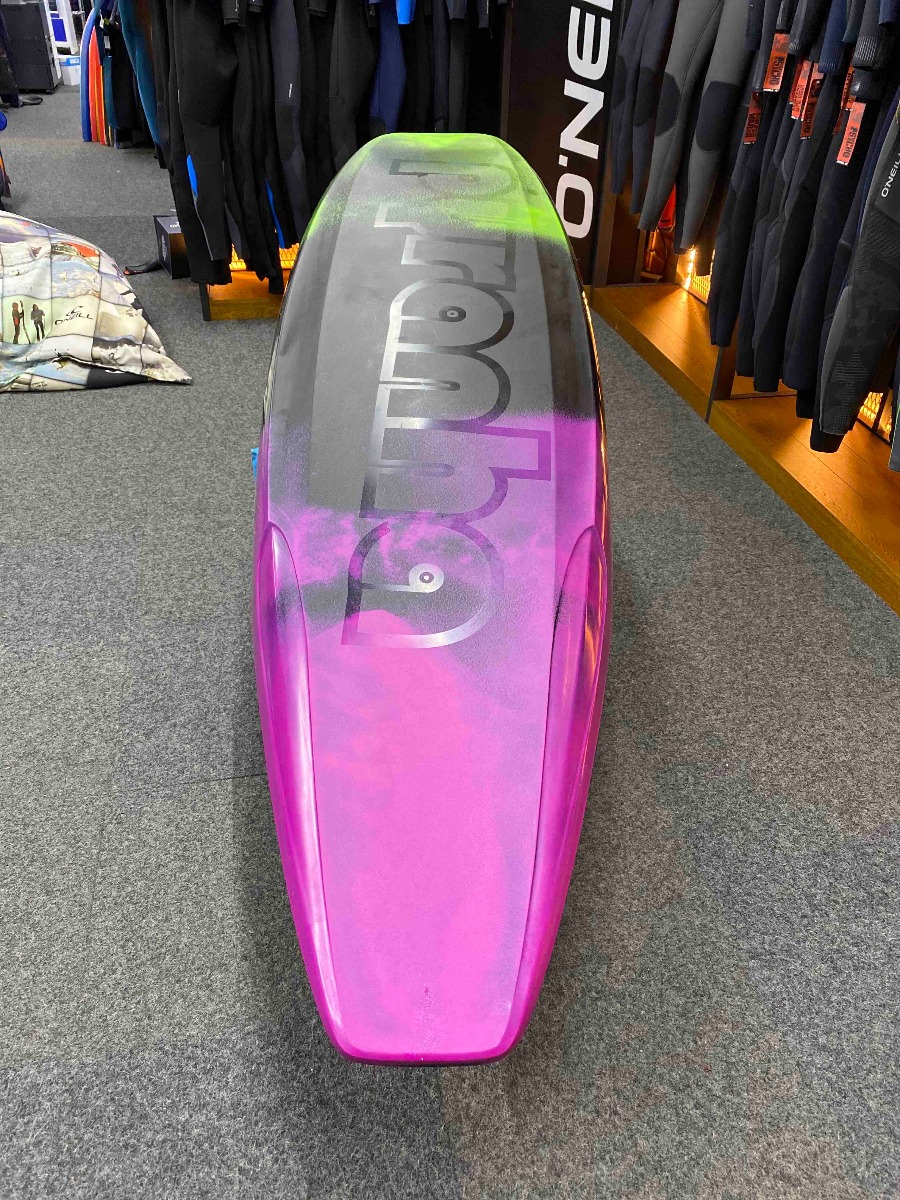 Freestyle boats of old such as Pyranha Prozone, Wavesport Foreplay, Dagger Ego Etc were perfectly suited to an all round role due to their 7-8ft length and could arguably be used in the UK as a one boat solution.  However, as freestyle has become more technical and focused around aerial moves boat lengths have been slashed and tip volume increased.  For weekend warriors these are now generally too slow, hard to initiate and with little stability when vertical and so work best for those willing to invest their time in progressing at artificial courses where the dynamic nature of the boats pay dividends.  The increasingly specific nature of this ‘play’ end of the market is arguably responsible for the migration of many paddlers to creek or river running specific shapes. 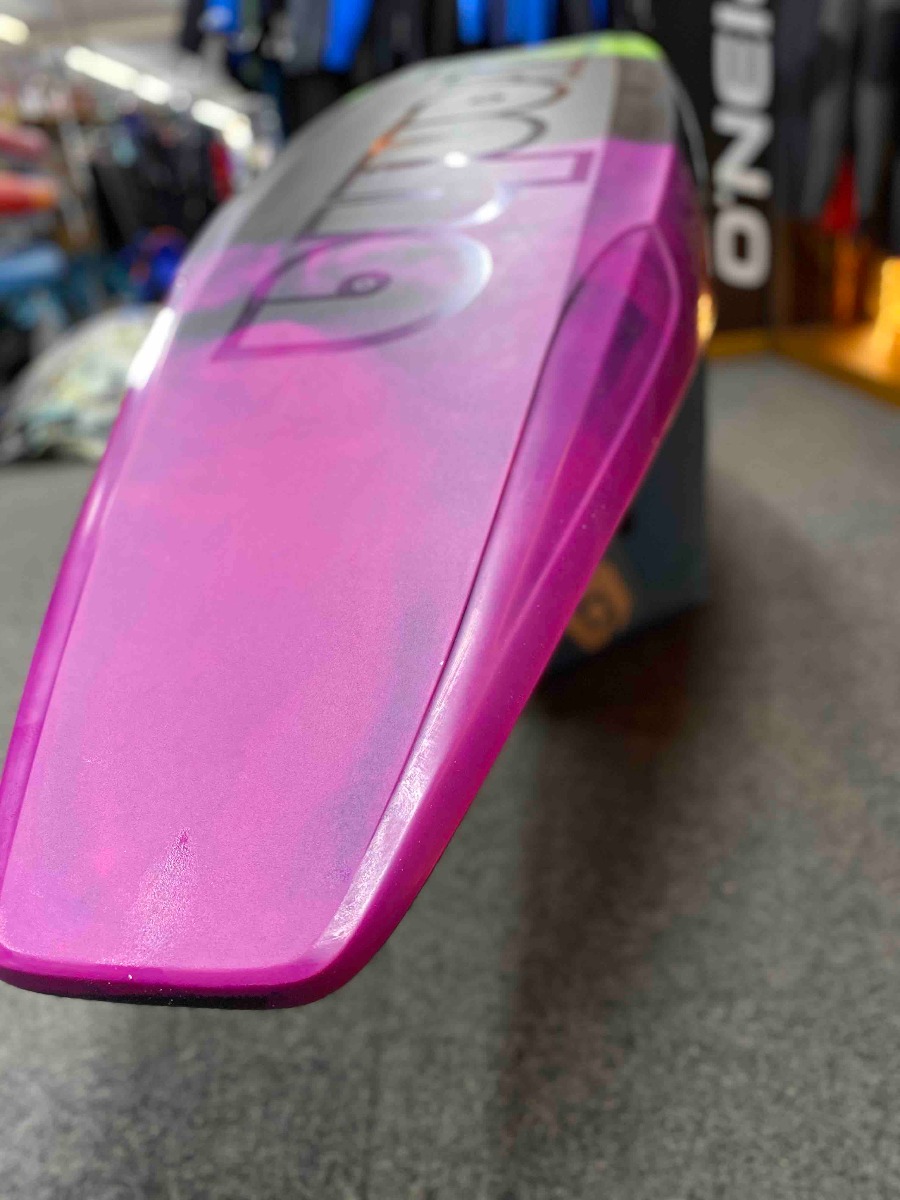 However, the Ripper and Ozone change the status quo, allowing you to select your preferred combination of speed and play.  While the Ripper offers bags of speed and should allow you to run any UK river at normal flows the Ozone ramps up the fun factor and puts a greater emphasis on getting vertical.

Fundamentally, the 50cm length reduction makes it a more manoeuvrable beast and less prone to pearling on short pitch waves.  The flat hull and slight bevel to the sidewall provide speed on the wave and carving power.  Forward speed is retained and it’s quick to get on the plane, allowing you to catch every wave on the river while running rapids with confidence.  Unlike the Ripper, Pyranha’s latest creation is much more balanced tip to tail and still massively stable on end.  Think of it as a cartwheeling machine that will allow you to access performance in more locations and with greater frequency, still with potential to perform more technical freestyle moves.
As a boat to take on your local run the Ozone WILL be epic!  Pyranha have seemingly achieved the elusive goal of blending speed and downriver potential with a playful feel and freestyle performance.  I’d highly recommend you take one for a spin! 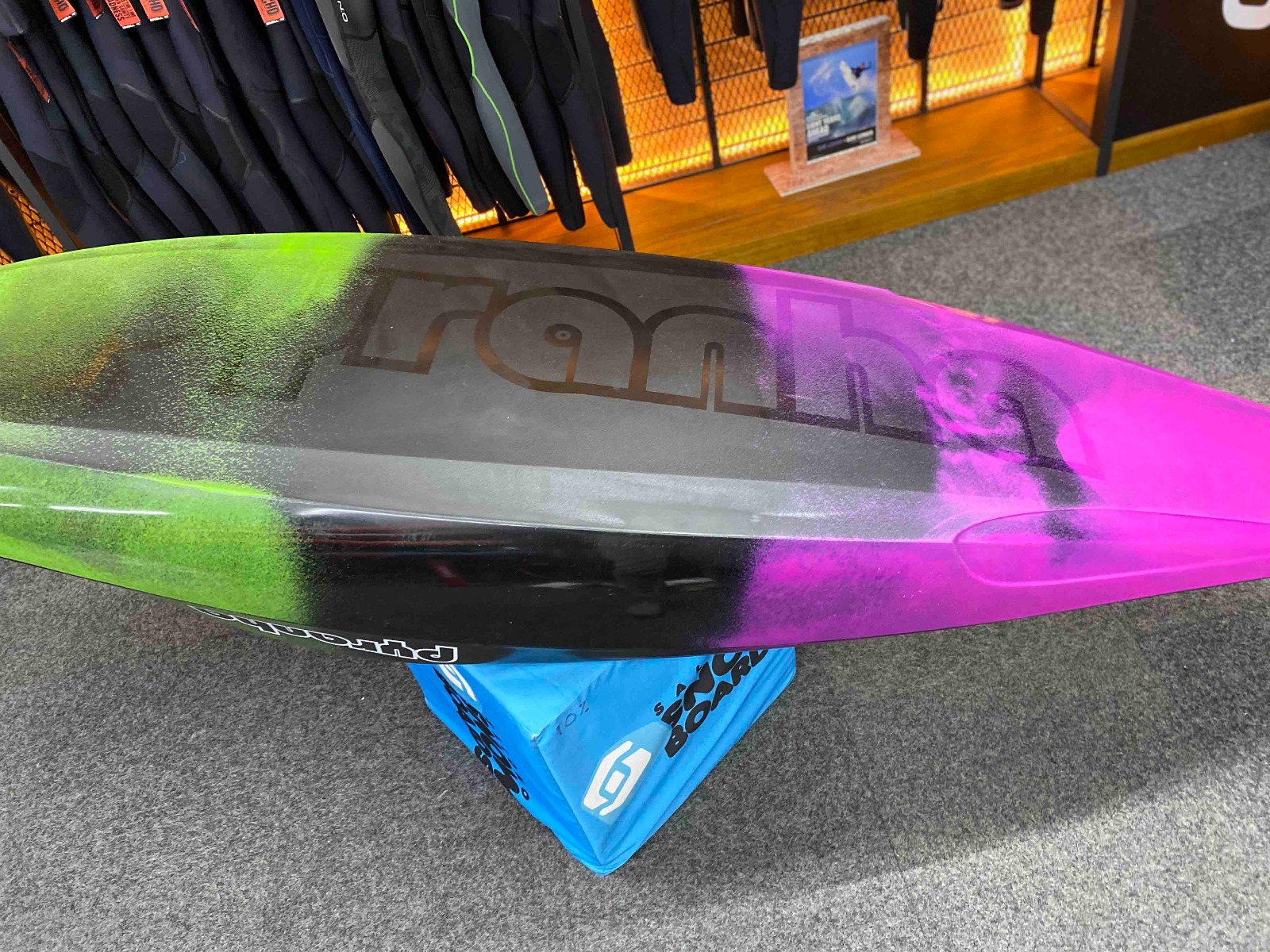 The Ozone is now in store and available to demo in the medium size, with small and large on the horizon.  Always get in touch for more advice or information on the release of these additional sizes.  Keep an eye on the blog for further media and our longer term review of the Ozone. 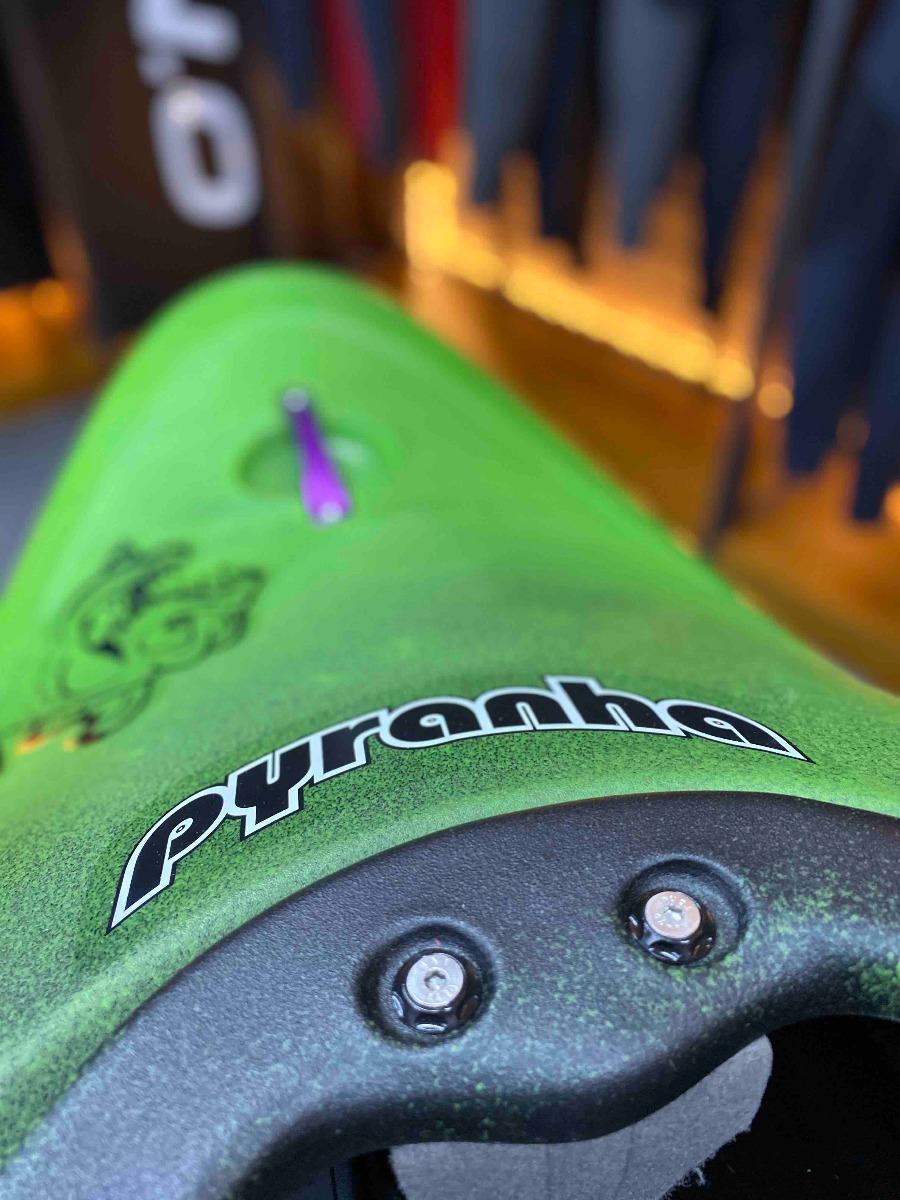 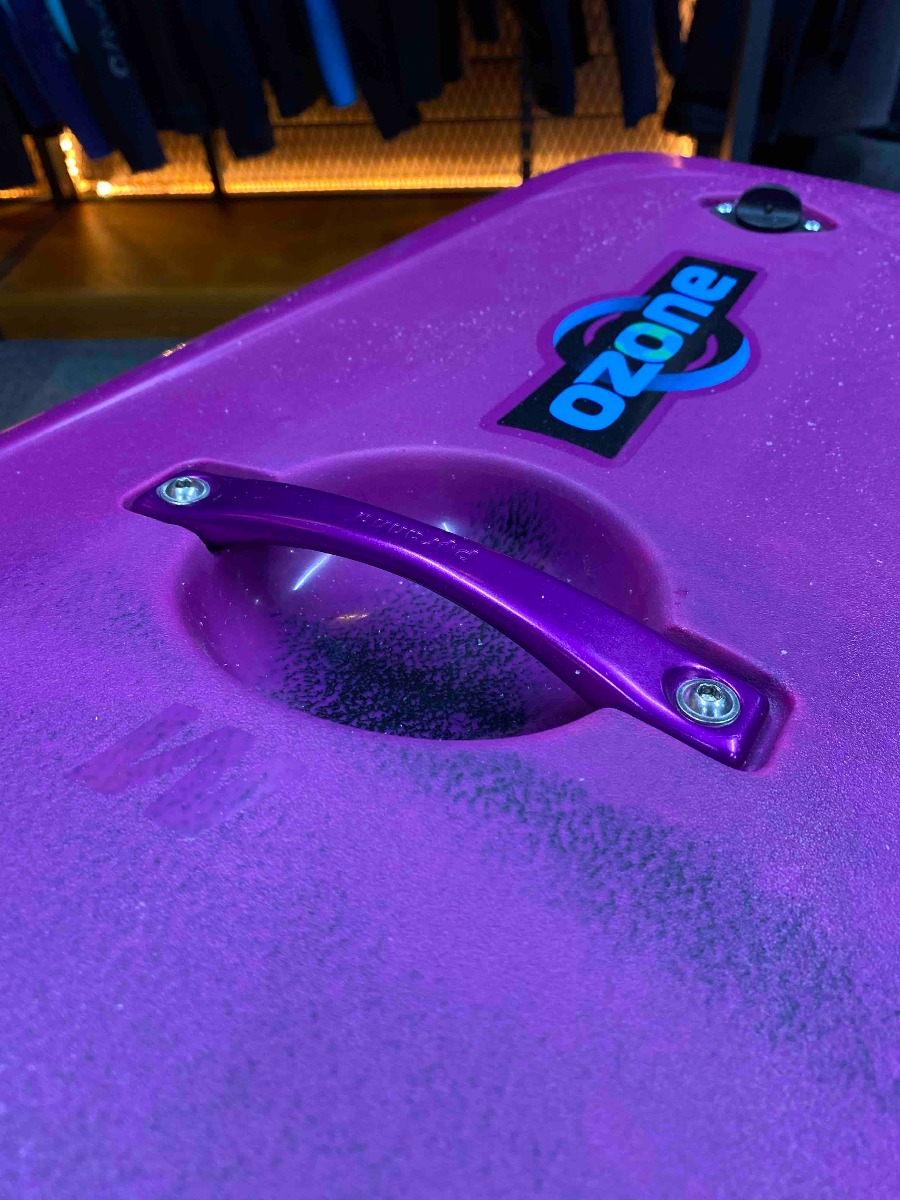 Pyranha 8ft river play – a (not so) comprehensive history 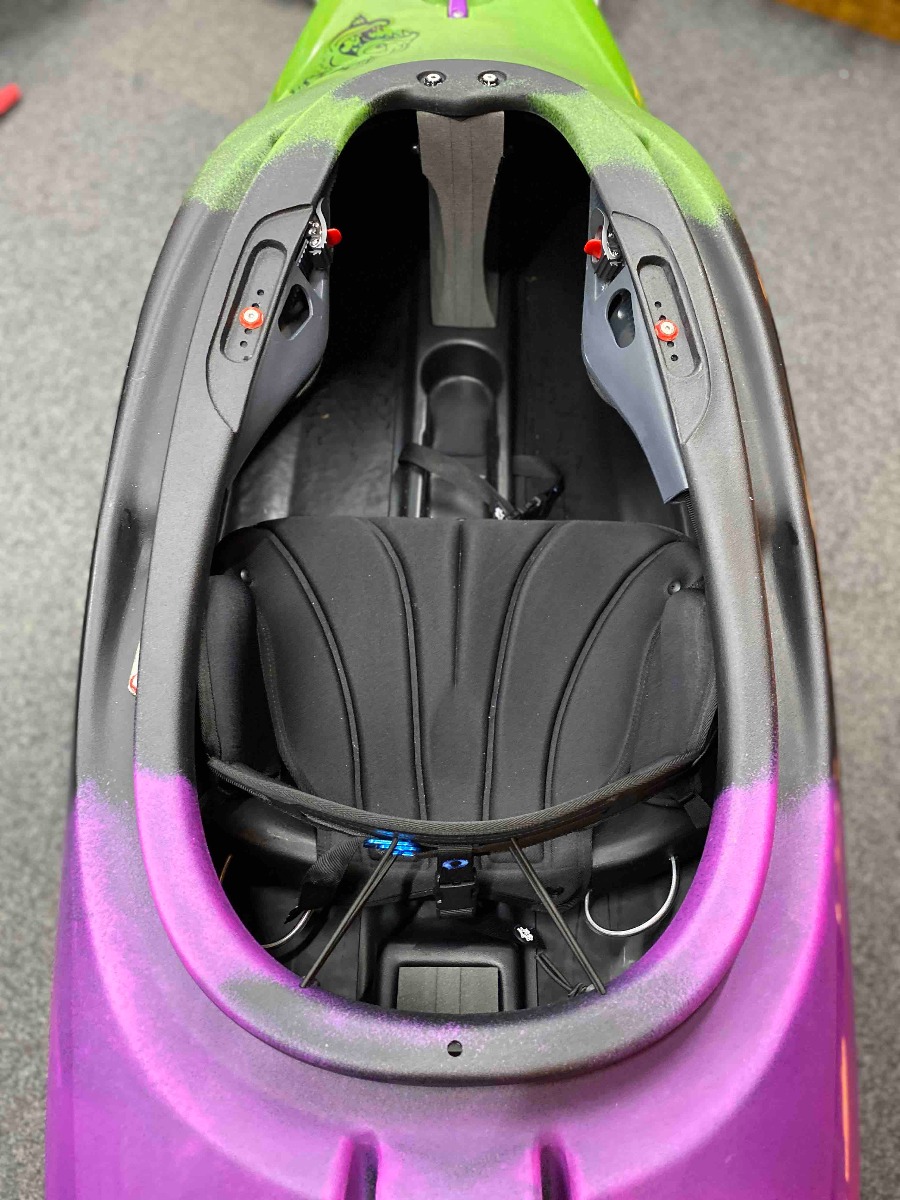 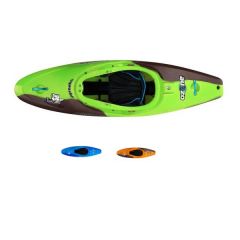