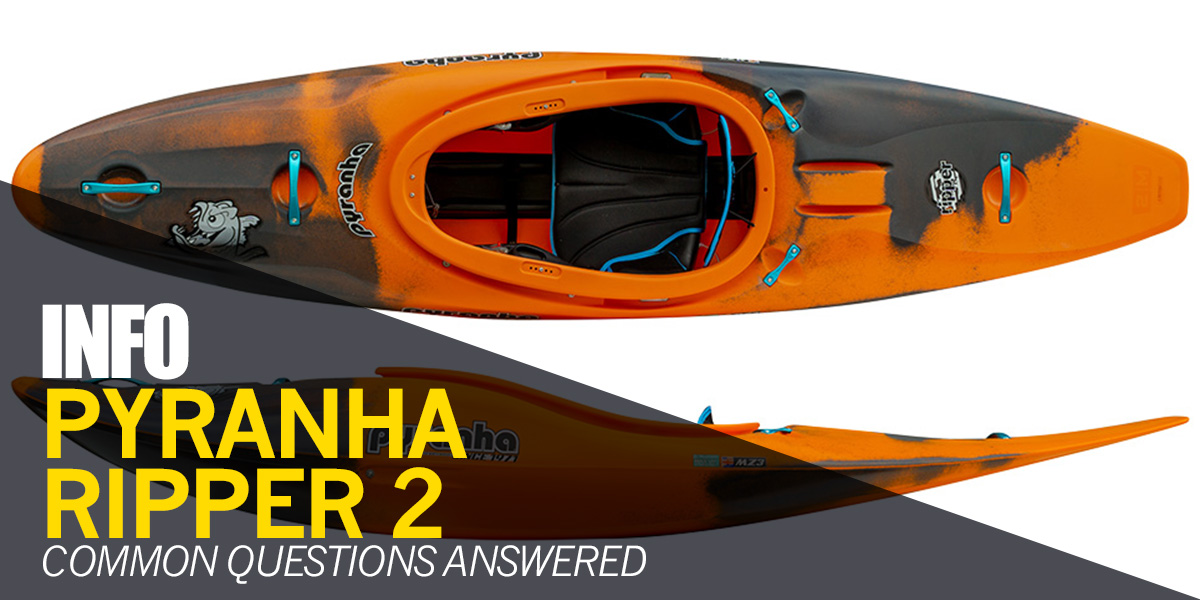 Pyranha have been doing a fantastic job to help their partner stores. Not only in creating epic boats and driving innovation through difficult times, but also in providing our staff with the right information to advise customers in the best way. As part of the Ripper 2 launch, I was able to access a Q&A session with Andy Butler, one of the Pyranha designers, with numerous international and domestic partner stores joining in to benefit from this inside information. So what was discussed and how can it be useful to anyone considering adding the latest home grown half slice to their quiver? Read on to find out.

There had been various comments online about the lack of a drain bung in the initial imagery.  This is not an error and the Ripper 2 will not be fitted with one.  Andy confirmed that all logical positions had been considered but without success.  It became clear that options were either ineffective in clearing water or left the bung in a position that was potentially prone to damage. On a personal level I love the clean lines created by ditching the drain bung, as well as removing the potential for leaks.  Interestingly, the Ripper 2 will have three drains in the cockpit rim, two front and one rear, helping you empty the boat.

We all know that boat design is a matter of compromise and improving one characteristic will naturally hinder another.  The increased width of the second generation could have negatively impact the overall speed and made for numb edge to edge transitions.  However, Andy and the team feel this is not the case. The Ripper 2 has seen up to 3cm added to the seam line, while the rails are positioned in much the same place as the original.  In addition, you’ll find the majority of this width is concentrated in the bow. So what is the result?  In a straight flatwater sprint the original boat is marginally faster.  However, in dynamic whitewater settings where maneuverability and direction changes come into play the Ripper 2 would take the win in most cases.  Not only is speed retained but you’ll enjoy more stability on edge, while retaining the overall feel we love about the Ripper. Of course, Pyranha’s extreme slalom RIP-R EVO is a different beast and by compromising the versatility you will see around a two second gain over a forty second race course. 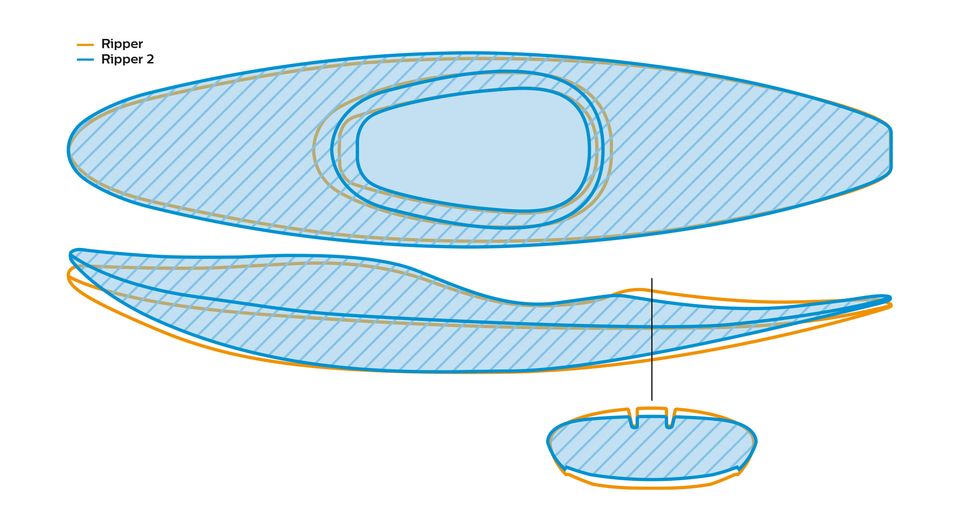 The important one….. colour choices.

It’s clear that all the staff at Pyranha have a passion to bring back custom colours.  Howver, at the current time importance is being placed on maximising production to get as many paddlers on the water as possible.  As such, the well received fire ant and smoking gecko options will be available in Ripper 2.  We can’t say too much but a new limited edition option was also mentioned!

The Ripper 2 will be produced in small, medium and large, with the overall weight ranges as follows:

I’m sure you’ll agree this caters for most paddlers.  Looking for more top end?  Aim to be close to bottom of the range.  Love to play and see the sky?  Try to choose a size where your weight sits in the top third of the suggested span.

Given this second generation is a more playful development we have seen questions as to whether it then requires an XL size.  Although nothing is set in stone Andy confirmed this is certainly not being ruled out if the demand is there.

With a lower volume stern and increasing rocker you would always expect to see reduced rear storage.  It remains possible to fit a Watershed Ocoee behind the backrest and moving your seat forward could be a worthwhile exercise.  Not only will storage room be increased but you will balance the trim to take account of the additional weight.

Each paddler will have a different interpretation of difficulty and thus I wanted to address this topic generally. Reducing the stern volume and increasing the rocker would generally hinder the potential to run top end grades.  Andy and the team were keen not to adversely affect the Ripper's reputation as the ultimate one boat quiver and have carefully approached the challenge.  The second generation remains a boat that likes to be paddled proactively but there are many positives of the new design from a river running perspective.  Firstly, the rocker profile makes it simpler to raise the nose over larger holes, doing so without buying the tail and thus protecting you from ending up vertical.  In addition, the increased ease of line adjustment should make it more possible for paddlers to correct direction mid rapid.

From our discussions I came away with a sense of Andy’s passion for the new boat, along with everyone else in attendance.  More fun factor will always be well received, especially when it doesn’t appear to take away from the all round capability of the new Ripper.  We’re excited for you to try the mk2, feel the rocker break under the seat and resulting maneuverability.  Not only will this result in quicker line adjustments in a rapid, but a looser feel on a wave.  The Pyranha ‘play the river’ has never been more relevant!

With demos now available and lots of excellent feedback already inbound why not take one for a test? 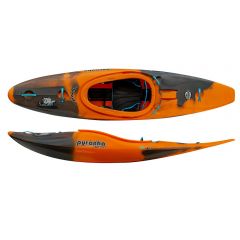