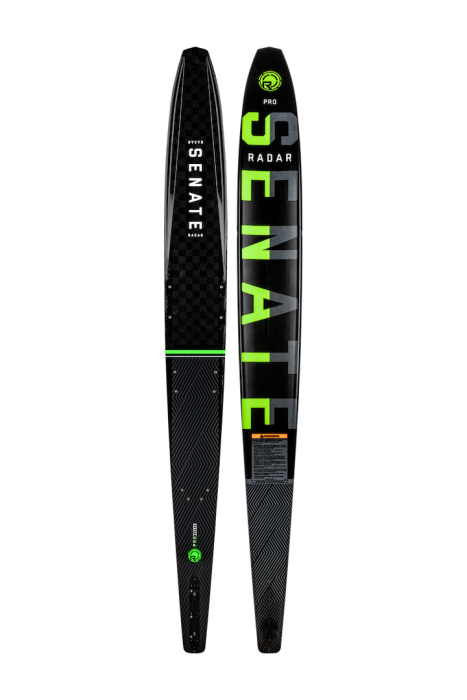 PMI foam is undoubtedly the lightest, most responsive foam on the market. Radar wrap that foam in Textreme spread tow carbon to make the 2022 Senate Pro the fastest, most aggressive ever created. Now those skiing 28-34 MPH in the course truly have a racecar of a Senate to write home about.

PMI foam is undoubtedly the lightest, most responsive foam on the market. We wrap that foam in Textreme spread tow carbon to make this all-new Senate the fastest, most aggressive Senate we’ve ever created. Now those skiing 28-34 MPH in the course truly have a racecar of a Senate to write home about.