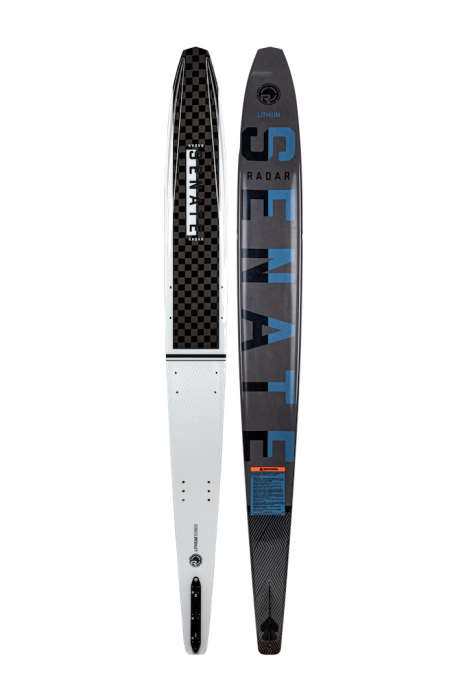 PVC creates energy in the build of the ski. Generally used in slalom course conditions and designed to perform between 28-34 MPH, the reaction time of Radar's Lithium construction is instant. Any feedback you send to the ski will be immediately felt in the ride.

PVC creates energy in the build of the ski. Generally used in slalom course conditions and designed to perform between 28-34 MPH, the reaction time of our Lithium construction is instant. Any feedback you send to the ski will be immediately felt in the ride.