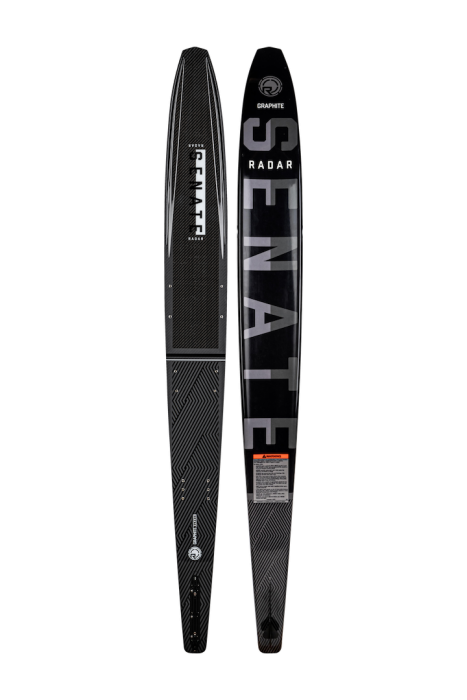 The Graphite construction sits in the middle of the Senate range. A durable polyurethane core wrapped in carbon composites makes sure no turn is lost and only speed is gained, giving the skier more connection to the water. An absolute ripper in the course and on open water; this ski excels between 28-34 MPH.

Our Graphite construction sits in the middle of the Senate range. A durable polyurethane core wrapped in carbon composites makes sure no turn is lost and only speed is gained, giving the skier more connection to the water. An absolute ripper in the course and on open water; this ski excels between 28-34 MPH.