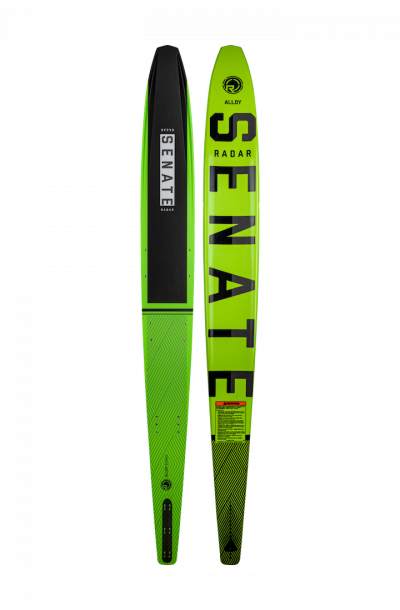 The most popular ski in the Radar range, the Alloy Senate utilizes a polyurethane core with paulownia wood stringers wrapped in carbon fiber. This beauty of a ski is stable but fast and an absolute blast to ride whether you’re ripping open water turns or getting into some course action. Ski the Alloy Senate from 26-34 MPH and enjoy the ride.

Our most popular ski, the Alloy Senate utilizes a polyurethane core with paulownia wood stringers wrapped in carbon fiber. This beauty of a ski is stable but fast and an absolute blast to ride whether you’re ripping open water turns or getting into some course action. Ski the Alloy Senate from 26-34 MPH and enjoy the ride.